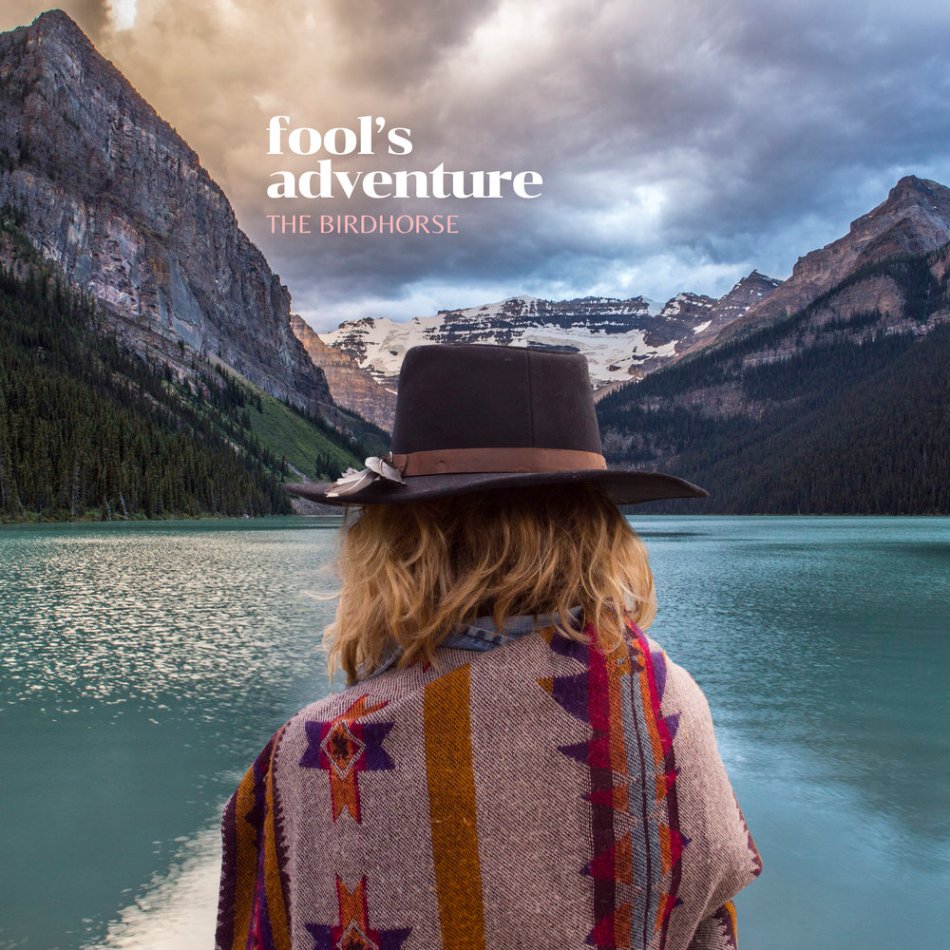 The Birdhorse is a Carrboro-based folk act by “singer, songwriter, and multi-instrumentalist” Toni Hartley. In March of this year she released her sophomore album, Fool’s Adventure, a profound indie-folk tour de force. This album touches upon many of the sounds I have come to expect from modern indie folk music. The electronic edge that has found its way into the genre has broadened the scope of what folk music is and can be. Hartley’s sophomore record is very much a coming together of many folk influences, new and old–a brilliant culmination of sounds that she has made all her own.

The album opens with its title track–a feel-good vocally-driven bass- and percussion-heavy song reminiscent of tUnE-yArDs, which should come as no surprise as she sang backup vocals on tUnE-yArDs’ 2014 record, Nikki Nack. [1] Listening to this opening track brings me back to the way I felt while walking around at the Newport Folk Festival in 2012 (a particularly outstanding year–and coincidentally the first time I encountered tUnE-yArDs as well)–unburdened. “Fool’s Adventure” is a free-spirited song as well as a wonderful introduction to Hartley’s lovely voice.

This free-spirited vibe continues throughout the album, but particularly in the next track, “Wrangler Boots”–itself a recollection of times-past and the influence of past experience on present challenges. While also a percussion-driven song, “Wrangler Boots” brings the storytelling tradition of folk music into the album. She reminisces on experiences imprinted upon her mind, which have aided her throughout her life as invaluable lessons in survival. Still–the percussion-driven nature of this album is very intriguing. The third track, “View from the Moon” takes percussion to mean a different thing, however. The track opens with Hartley quite literally making her own beat. Ultimately percussion takes a backseat to vocal harmonies on this track. As the song progresses, the sounds become more intertwined, building up to a crescendo of voices and instruments, reinforcing the “coming together of sounds” theme of this whole album. “View from the Moon” comes to a deliberately simple end with the percussion coming full circle, closing out the song with the solemn heartbeat rhythm of the bass drum.

As I move into the fourth track, “Wild Medicine,” Hartley’s relationship with nature steps into the light. Opening with bird chirps (which continue throughout the song), “Wild Medicine” is a testament to the healing power of nature–“bring back the magic for all of us,” she says. While this song is more upbeat and fast-paced compared to the rest of the album, it is also a self-meditation–the seeking out of healing, the re-evaluation of one’s needs following a painful change of circumstances, like a breakup. Having had my own heart broken not too long ago, I heard this contemplativeness immediately when I first listened. I too sought out the healing power of nature when mending my heart–something many people have done, and with great success. Hartley captures this sentiment well, and in so doing, has created something truly relatable for anyone who has ever been damaged by love.

The next few tracks continue the retrospective evaluation of a failed relationship, a sort of timeline in song following the progression of getting over it. “Lifeboat,” aptly titled, is a somber acknowledgement of the negative, perhaps even toxic, impact of a not-so-good ex-partner on one’s well-being–“you damn near overturned my lifeboat.” I am no stranger to the pain she sings of so beautifully. This song speaks to that initial pain and shock and the prospect of drowning in it–a metaphor of course for being totally overwhelmed by pain and loss. “Say it Out Loud,” the following track, demonstrates the moving forward, the recovery, the learning to see the failed relationship for what it was and the ex for who they really were. With vocal harmonies taking center stage, this song is very much about learning how to say goodbye. “Veiled Language” is the last installment on this timeline of recovery through song. It represents the reclamation of confidence, and once again standing up for oneself following a hard-fought journey–“speak to me in veiled language and watch me walk away.” Damn right.

The final two tracks on Fool’s Adventure are monumentally wondrous. Hartley’s impeccable voice is on full display in “My Darling,” a song that I hope someone might sing to me one day. When I first listened to this record all the way through, it was this song that just completely floored me. Sometimes words are indeed limiting. There is nothing I can say that will adequately capture what I really mean when I say, “this song is beautiful.” When you listen, you will understand. The final track, “One Week of Rain” is a short song, but completely and only vocal, with harmonies almost reminiscent of gospel music.

I feel compelled at this point to say how beautiful Toni Hartley’s voice is. There really is no other word for it. She has a beautiful voice, the kind of penetrating voice that is so powerful and poignant that it elicits a genuine visceral response. The vocals on this whole record are tremendous. I am shocked that more people have not listened to this album yet. (I aim to change that.) While I would most certainly recommend this album to anyone who enjoys folk music, or seriously splendid female vocals, if you have recently gone through a breakup or have had your heart broken in any way, then this album is definitely for you. Fool’s Adventure is absolutely worth the listen (and the purchase!–#supportlocalmusic). More than that, this album and obviously The Birdhorse act as well, are full of potential. I thoroughly enjoyed listening to this album again and again as I was working to write this review. Listening to this record makes me feel like I’m laying on my back in a field at night watching the stars slowly make their way across the sky. You can call me cheesy if you want. I don’t care. Listen to this album. It is a profoundly enjoyable experience that you will want to have again and again.